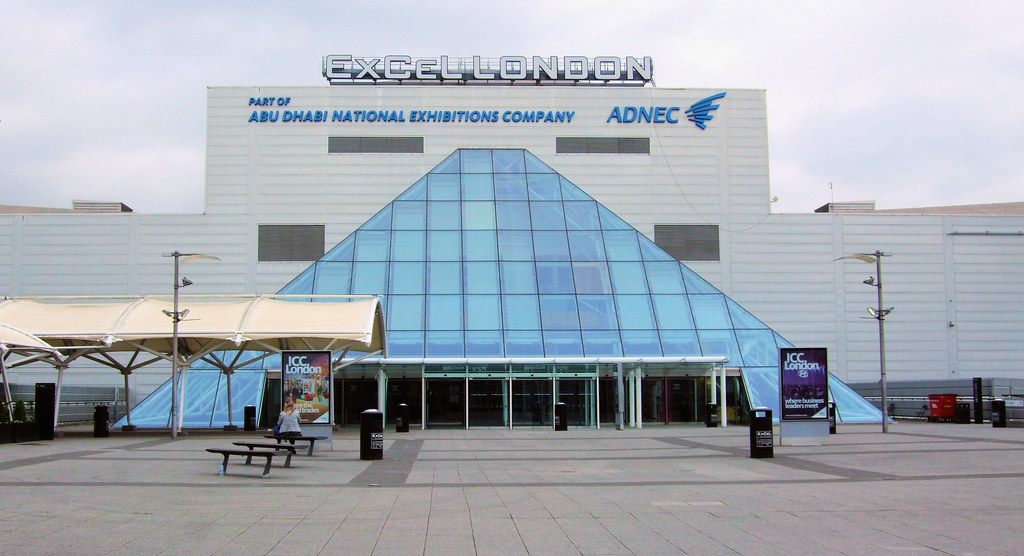 If you’re arriving via the M11, the North Circular (A406) or the A13, as you get closer you’ll pick up signs for Royal Docks, City Airport and ExCeL London.

If you’re using satellite navigation please enter the postcodes below.

For the west entrance, when travelling to ExCeL from Blackwall Tunnel, Limehouse Link, A12 or central London.

For the east entrance, when travelling to ExCeL from the M11, A13 or into London from the east.

If you are using the Royal Victoria Car Park (MSCP) — approximately a 5 minute walk from the venue.

The Docklands Light Railway (known as the DLR) is part of the London Underground network. Two of the stations, Custom House and Prince Regent, are on our campus. Trains pull up at a covered walkway leaving visitors with less than a two minute’s walk to the entrance.

The Jubilee Line and the DLR are the quickest routes to ExCeL London.

The London Overground, part of the London Underground network, serves a large part of Greater London and parts of Hertfordshire with 112 stations on several routes. The Overground is highlighted in Orange on the Tube map.

The DLR and Jubilee Line can be connected from multiple Overground lines such as Stratford, Canada Water, and Shadwell. It’s also possible to join the Overground and travel to ExCeL London from Euston station.

What is the date of FutureScape?

Is FutureScape free to attend?

FutureScape is completely free to attend for visitors.

Do I need to pre-register for the seminars?

We encourage visitors to pre-register for the seminars, as space in the seminar rooms is limited. You can register your place by finding your emailed ticket and following the instructions to reach the seminar registration.

What’s in it for me?

Connections.  Whatever discipline you’re involved in within landscaping – building, designing, maintaining or supplying materials and services to the landscape – you’ll come away from FutureScape with an extra insight, ideas to translate into your own business and a whole new network of connections and potential leads to fuel the future of your landscaping plans.  Test new products and machinery, weigh up the pros and cons and compare and contrast suppliers.  Sit in on a few seminars to give yourself some ammunition to approach that tricky business decision you’ve been pondering.   Or meet up with colleagues, workmates and associates in an informal atmosphere and simply soak up the energy from the landscaping community around you.

Come away with armfuls of product information, a headful of positive plans to drive your landscape business forward – and the tools to get there.

What time does FutureScape open?

Is there food and drink available?

ExCel London has ample choice of food and beverage option, please check their website for which retailers are available for the duration of FutureScape.

We’re all about connections and that means social media too.  Search for @FutureScapeUK for Twitter, FutureScapeEvent for Instagram and click HERE for our Facebook page.  You can also connect with us on Linkedin.  You’ll be able to keep up with the very latest seminar, news and event announcements on any one of these feeds – so why not start a conversation?!

Download the parking map which shows you the location of the car parks on campus.

We have a fantastic variety of exhibitors, who come from all corners of the landscaping and horticulture industry.

We're renowned for our seminar programme, headlined by top names in their fields, and the live debates are an industry favourite.