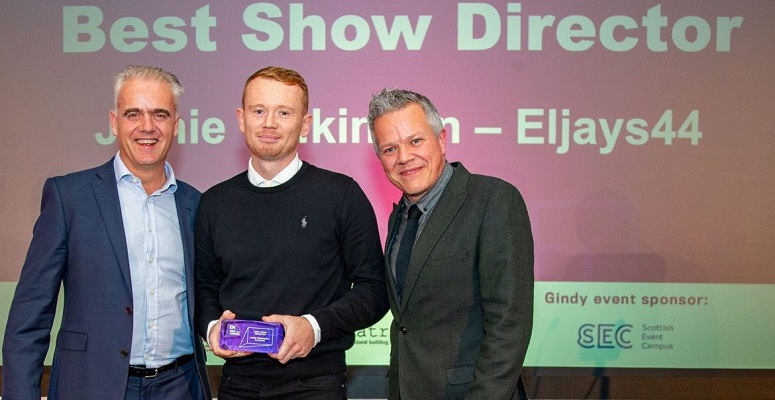 FutureScape, the premier B2B event for the landscape industry was shortlisted in three categories at the 2019 EN Indy Awards. On Friday 11 October at the Honourable Artillery Company in central London, Eljays44 director Jamie Wilkinson picked up the award for Best Show Director for FutureScape, with the event also receiving a special commendation in the Best Brand Expansion category.

FutureScape, launched in 2012, is recognised as the leader in its field and these most recent accolades have now helped to further raise the profile of the landscape sector in the events industry.

“I’m delighted and honoured to receive the Best Show Director Award, the Eljays44 team has worked hard to establish the event from its launch 8 years ago into an exceptional platform for educating, inspiring and networking which are all such important elements in the landscape sector. We have big plans to progress the show further and I very much look forward to playing a part in the next steps for FutureScape’s development.”

In the eight years since the Eljays44 was formed, Jamie has been instrumental in pushing the business forward.  His development skills, management and expansion ideas for Eljays44’s event offerings have played a major part in their success and ongoing growth. He has not only introduced and grown FutureScape, FutureScape Spring and FutureScape Africa, but also organises pocket Pro Landscaper LIVE events around the UK throughout the year, resulting in a wider geographical reach and a broader appeal from across the country from those attending its major shows. His boundless enthusiasm to make the events side of the business successful radiates across his team and fellow directors, thus creating an inspired, committed and ultimately loyal team.

By clicking "Accept All Cookies", you agree to the storing of cookies on your device to enhance site navigation, analyse site usage, assist in our marketing efforts, and for personalised advertising.